Ian Hatcher is a text/sound/code/performance artist/poet whose work addresses human cognition in the context of digital systems with his language, memory and the body. We are very pleased that he has found some time to visit us on our Kratakoa - talk club in April and here is a little interview with him. Enjoy!

it is a real pleasure to have you here in Slovakia for the very first time! You are a very successful poet and code artist, cooperating with many other poets and new media artists. How did it happen that you have found yourself working together with new media and technical stuff in a matter of poetry/text creation at all?

Thank you! I’m excited to be visiting Slovakia. I started playing with code when I was a child, because my father was an engineer and programmer, and I always wrote poetry and songs. But it was not until I was in art school in my 20s that I started combining them. That was due to the luck of meeting Judd Morrissey, my former teacher, whose own work was inspiring for me. Studying with him opened up that direction. So I was lucky in both ways: that I had an early start with code and that I happened to meet the right teacher.

Abra – living text book and app: When have you started to see that lines between genres are vanishing? Is Abra a reaction on that?

Genres do seem to be blurring, as works in different media have more to say to (or about) each other than works in the same media, and new forms don’t fit into old categories. Abra was an attempt to create a book that had a screen inside it, a kind of infinite book, that expands conventions of the page, and can learn new words from its reader. The project includes a print book that can fit an iPad inside it, which I’ve brought with me and will show at the Goethe-Institute.

I know that your performances are sometimes very powerful, how do people react on them? Do you also cooperate with an audience while you are performing? Or is it just you and the stage?

People react in different ways. Some respond mainly to my performing voice, which fluctuates between sounding natural and strangely digital or artificial. Other people respond to the text. Sometimes people have very strong reactions that are completely different from the ways I interpret the work myself, which is always interesting. I definitely feel connected to the audience when I perform. I like to see people and gauge their attention, and I am very aware of energy levels in the room. I used to work in a theater, where I spent many hours watching audiences and feeling how they reacted to time and flow of performances. The hardest shows for me are the ones were I can’t see the audience at all (because of stage lighting). I am not usually anxious about performing, but that makes me so nervous! 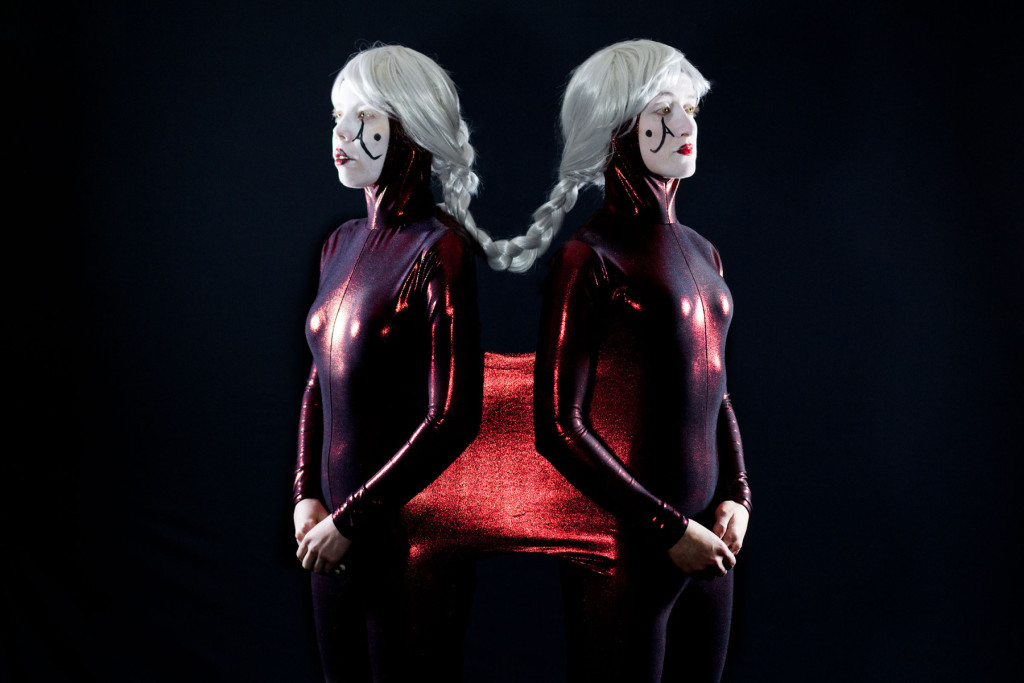 What or where is the source of your creativity? Do you have any?

Many, I think! I come up with a lot more project ideas than are possible to make, and often get the best ones while watching other people perform. I spend a lot of time making odd sounds at home, finding vocal rhythms, improvising. I record myself and then listen later and pull out good parts. I have a day job writing software, and draw from the experience and terminology of programming often in my writing. I also pull from my own emotional experiences. I don’t write about myself directly, but I try to bring emotional depth to the writing that feels honest. If a text doesn’t resonate with me emotionally, I feel like it won’t resonate for an audience either.

What are you assigned to or what is your latest project at the moment? Could you share with us?

I’m working on new material with the title Drone Pilot. My book Prosthesis just came out, and it is about human/technology connections. Drone Pilot extends that theme into the structure of the military. I’m trying to think through what it means to be an American drone pilot — to connect to a huge apparatus in order to precisely kill individual strangers on the other side of the world. How much agency and responsibility does an individual soldier have over such a system — or any citizen, anywhere, over the actions of their government? If a drone strike happens by many people’s cooperation through technology, how responsible is any one of them? How responsible is the technology itself? I don’t know, and it bothers me, so I am thinking about it in the work.

Thank you for your time Ian! Looking forward to meeting you in April!

Thank you! Looking forward as well!

Ian Hatcher will be performing on 4th of April in Goethe – Institute Bratislava in Panenska 33 on our Krakatoa – talk club [BRaK edition] event. Come on join him and us in this very interesting moment!