Learn about the beauty of data, wacky glamour of art + tech and doing business

Written by Lubica Drangova on October 4, 2016

Marcin Ignac, a polish living in UK, often finds beauty and inspiration in structures of biological organisms, in patterns emerging from data and complexity of computer algorithms. On 11.10.2016 he will have a presentation in Bratislava at Krakatoa - talk club.

We are often asking our guests, how did they come to the profession they are doing at the moment. So our first question is the same. What was your beginnings?

My fascination with computer graphics started with my first computer: Amiga 500. Being exposed to the explosion of colors and butter smooth game animation I wanted to make my own computer images so I experimented with pixel by pixel illustrations in Deluxe Paint 3. I also always enjoyed math so when we moved to PC my father sent me for a Turbo Pascal course which was my first exposure to programming. Then came the internet, long nights at internet cafes learning JavaScript, HTML and downloading lots of trance music, then C++, OpenGL… This is where I’ve discovered The Demoscene – a subculture of people mixing code with computer graphics and electronic music to create so called “demos”. Demos are real-time computer animations, couple of minutes long; you can think about them as non-interactive games, gateways to the new worlds, pure creativity. I joined a group called DMA and in 2004 at the age of 21 I released my first 64k demo called Borntro. It was a real breakthrough and a moment that would influence my career many years later. I was studying Computer Science at the time and when I graduated I’ve just got had a job position at Microsoft but thought “now or never” and decided to go to Art Academy and study new media art. I dropped out one year later and moved to Denmark to study Interaction Design at CIID. In 2008 Data Visualization was booming and I finally found a perfect place to combine all my skills: code from Computer Science, generative algorithms from the Demoscene, aesthetic sensitivity refined at the Art Academy and design thinking from CIID. This was the base for my studio : Variable that i started in London in 2012. 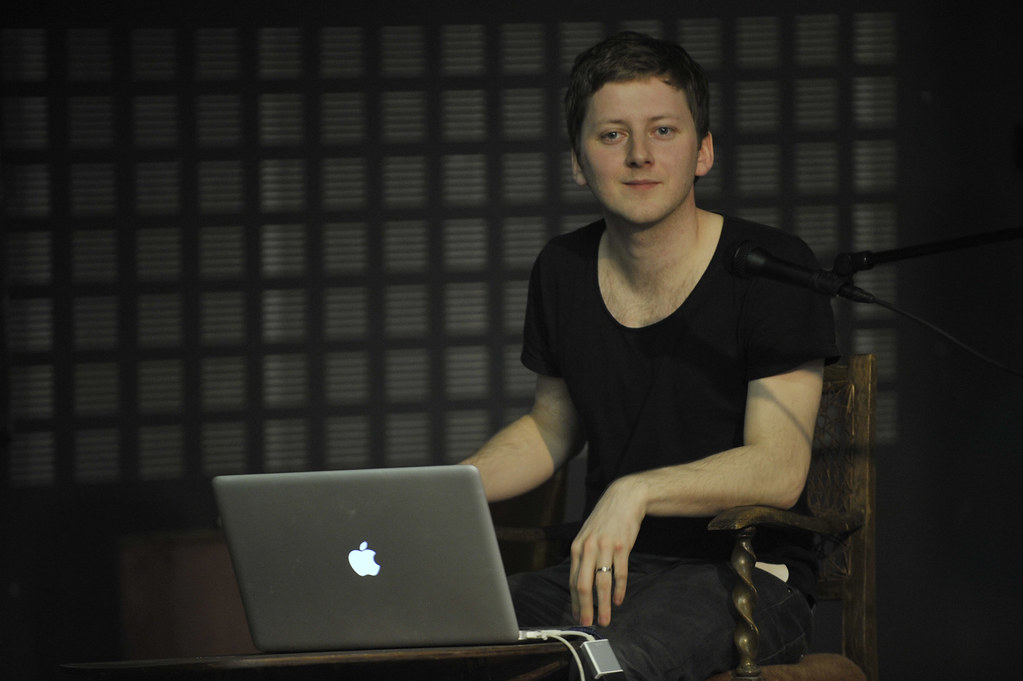 You went thru a long journey from Poland to the UK, tell us something about Denmark research. Did it help you to became who you are now?

Copenhagen Institute of Interaction Design is an unique place combining in one place : a one year Interaction Design course, a research group and a consultancy. At CIID I had a chance to properly learn about data visualization from Shawn Allen who was at Stamen at the time. After CIID I joined Shiftcontrol where worked on projects generative graphics, data viz and interactive installations before joining the research group back at CIID doing similar work but with a bigger team. Then came a bit of a burnout caused by corporate clients and I decided to move to freelancing. Everything I learned during that time is still present in my daily practice: splitting the work between research and development, the value of prototyping and experimentation, user research and design frameworks. I was coming back to CIID to teach data visualization and I’m planning to teach more. At Variable we also run exploratory research project for NGOs and Startups along with more commercial projects and constant learning on our own. So you can say it’s a mini CIID in a way :).

How did you get an idea to set up Variable studio? And why Variable?

The main reason was independence. I wanted to have more control on the type of project I’m doing and the clients I’m working with. Second one was specialization. I wanted to focus on generative graphics and data visualization. I also wanted Variable to be very much demoscene like: combining strong aesthetics with even stronger technical proficiency. This might seem very similar to quite popular Art + Tech trend nowadays that I’m not a big fan of. It’s very diluted, almost meaningless as everything becomes “data art” and the technology part is often equivalent to using 3rd party proprietary software. I would love to see more understanding how technology works. That’s why we are interested in and contribute to Open Source.

As for the name my friend Jørgen Skogmo from Shiftcontrol was looking for a new website address for his work after we closed down and he found base.io and variable.io domains to be free. He went for the first one and I’ve got variable. It perfectly matches what I wanted to do at the time: different inputs (data, algorithms, interaction) giving different results (generative graphics, visualizations, installations). It also reflects a lot about my life: changing universities, changing cities, changing directions. I tried to encode that on our website: Data is variable, Parameters are variable, Technology is variable, Location is variable, People are variable, We are variable. 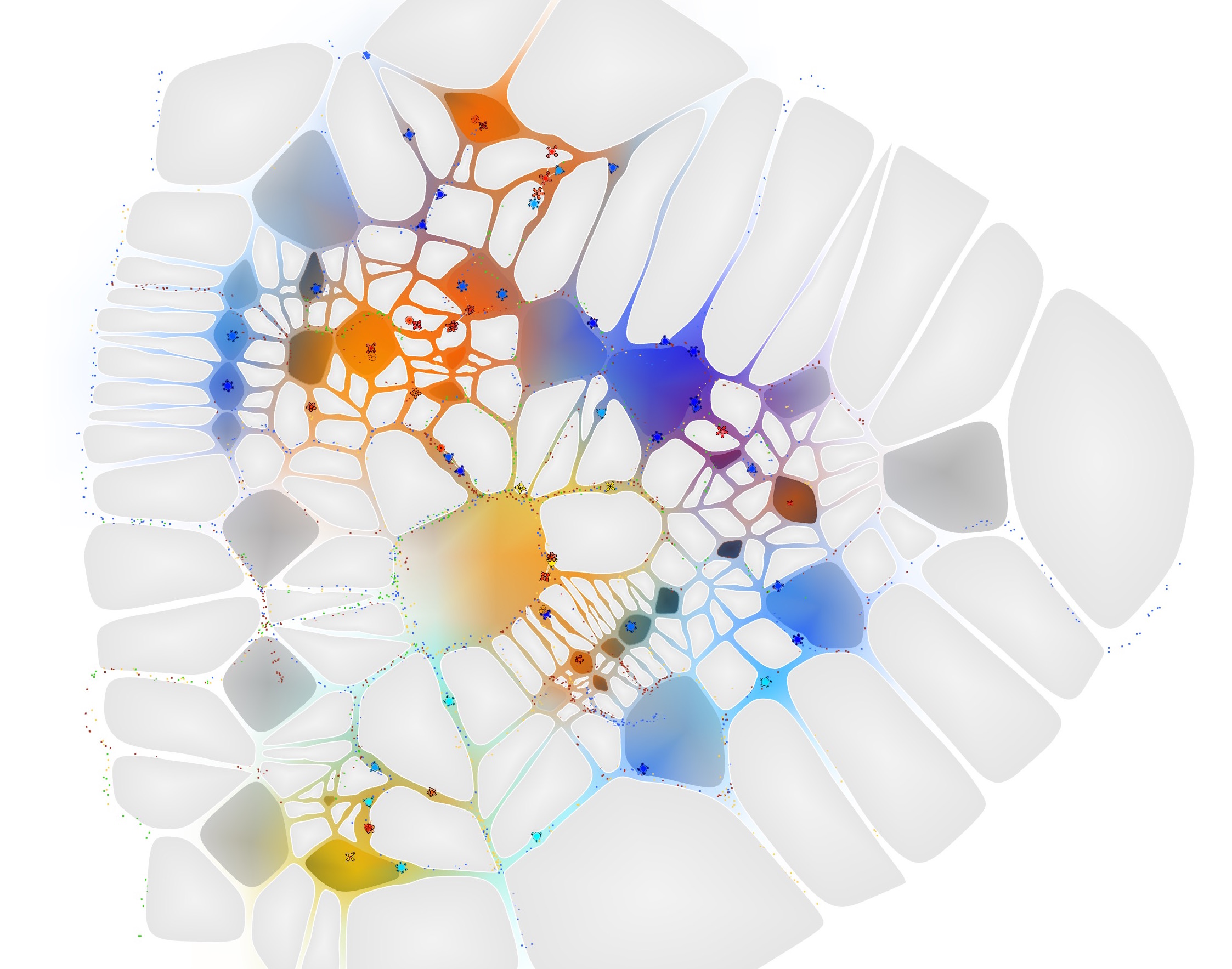 Do you think Variable studio and its projects would work or would be popular also in Poland?

My presence in Poland is not as strong as I would like it to be. I don’t think I could start Variable in 2012, for sure not in Poznan where I come from. There wouldn’t be enough clients and budgets to do the work we are doing. London is badge of prestige in a way and it definitely influences client’s perception about you. It is the central point of art, finance and tech in Europe and that helps. Saying that I think location is a less of an issue now if you do great work with global reach. Only about 40% of ours projects are in UK. There is lots of amazing projects being done in Poland nowadays, especially if you are in Warsaw, Pan Generator group is a good example.

Could you share with us next projects you/Variable is assigned to already? Some teaser for us?

We are currently working on a data driven installation investigating life cycle of a mole-rat colony, trying to visualize how an AI system is perceiving your digital identity and starting to explore the topic of data and privacy in Virtual Reality.