Software, that augments a design exhibition

On our collaboration with Slovak Design Museum, cutting things with water and computational cuisine.

Buntes Grau is an exhibition of 60’s and 70’s design by Slovak Design Museum. Apart from a lot of products typical for that era, it features exemplar rooms. These are a demonstration of how households looked like in the past. The two rooms are there for people to use them. To open the drawers, sit at the dining table, or in the sofa and watch TV. But there is more than that, thanks to our software.

We want to invite people to come inside the room and enrich their experiences. Therefore we designed and developed three subtle interactive elements – an alphabet soup, motion-driven sound overlay and a moving wallpaper. 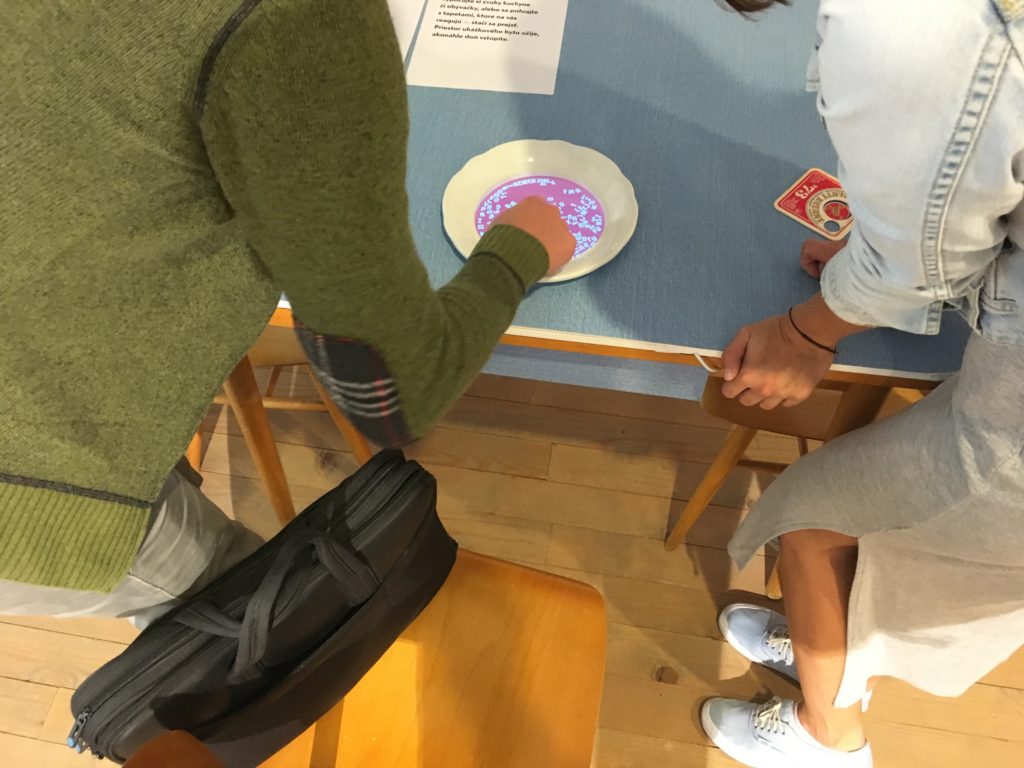 The soup is a little app written for Android devices and while the software is fairly simple, it is fun to use for both kids and grownups. Since the software is multitouch, people can play with the soup together! The plate on top is a real porcelain plate from the 60’s cut by a water-jet. One would never imagine how hard it was to find the right way to do it.

Visitors can control the sound overlay with their position. In the kitchen-range, it’s either the teapot or the flow of water that people can hear, while in the living room the quiet documentary on the TV gets the corresponding sound. If there are people both in the kitchen and in the living room, the sound-space becomes more complex as more sounds are playing at the same time. 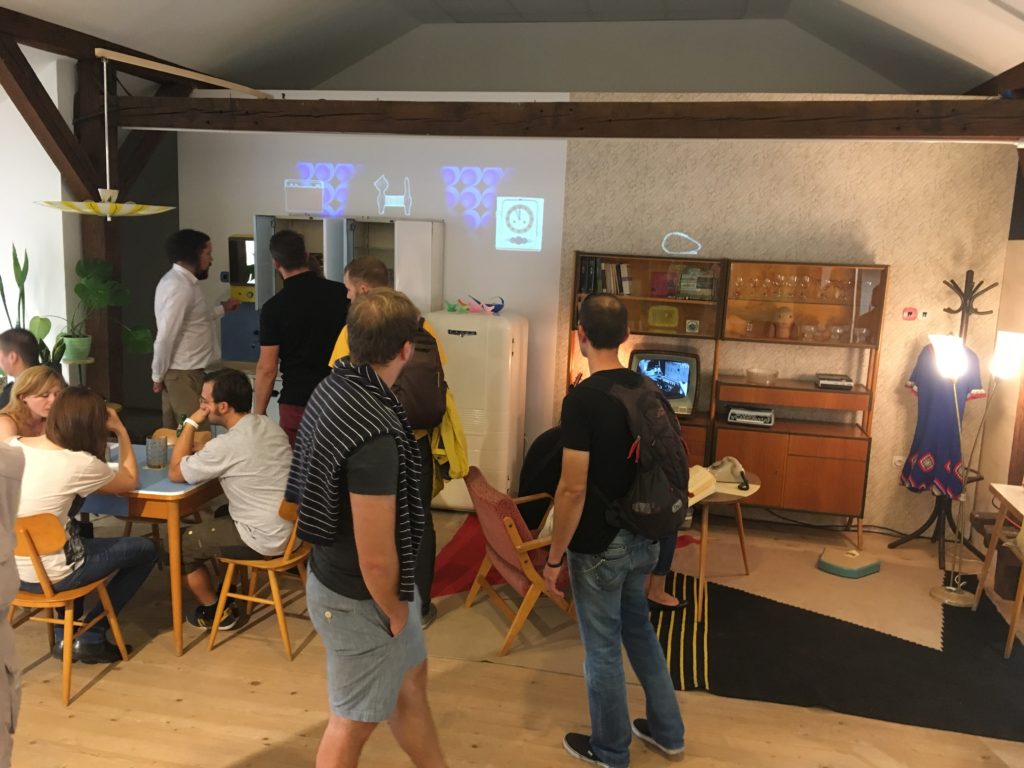 People in the exemplar rooms. The table features the digital alphabet soup and custom software manages the projection and sounds.

The third thing is a moving wallpaper that follows the visitors in the kitchen. This is another chance for the visitors to notice that there is something going on and that the place is intended for use, not just observation. Both wallpaper and the sound controller are controlled by a computer running an app written in OpenFrameworks, a toolkit that allows for quick building of reliable and extensible creative applications.